A Strategy to Make and Manipulate Magnetic Monopoles by Exploiting Interfaces

featured research
To address these issues, PARADIM’s in-house research team has identified a strategy to form a two-dimensional magnetic monopole gas in a material called spin-ice (R2Ti2O7, R=Ho, Dy) that is sandwiched by the structurally matching pyrochlore compound R2Ir2O7. In this structure, Monte Carlo simulations suggest that the net magnetic charge and the density of monopoles can be controlled by an external field. The proposed two-dimensional monopole gas could enable entirely new classes of experiments and devices based on magnetic monopoles, akin to two-dimensional electron gases in semiconductor heterostructures.

Technical Background: Similar to electrons in a metal, magnetic monopoles in spin-ice compounds are believed to be unconfined and to interact via a magnetic analogue of Coulomb’s law and to form magnetic currents in magnetic fields. Unlike semiconductors and two-dimensional electron gases, however, where the charge degree of freedom can be actively controlled by chemical doping, interface modulation, and electrostatic gating, there is currently no analogue of these effects for emergent magnetic monopoles. To date, all experimental investigations have been restricted to bulk spin-ice systems with equally populated monopoles and antimonopoles.

The address these issues, PARADIM’s in-house research team has identified a strategy to form a two-dimensional magnetic monopole gas (2DMG) with a net magnetic charge at the heterointerface between a spin ice (R2Ti2O7) (R=Ho, Dy) and isostructural antiferromagnet (R2Ir2O7) in the pyrochlore family. At the boundary, the exchange field between the iridate and the spin ice has a non-zero flux flowing toward/away from the spin ice, resulting in a charged 2DMG in the adjacent layers of the spin ice. The boundary conditions are reminiscent of the polar discontinuity at the interface between LaAlO3 and SrTiO3, which hosts a two-dimensional electron gas [1,2] and inspired by recent theoretical proposals suggesting the surface crystallization of magnetic monopole and antimonopoles at the material/vacuum interface of spin-ice thin films [3,4]. The heterostructure proposed by L. Miao et al. represents an example of a magnetically charged monopole system, providing a unique opportunity to investigate properties and dynamics of magnetic monopoles.

The work was conducted by the PARADIM in-house research team at Cornell University together with a collaborator at Binghamton University. 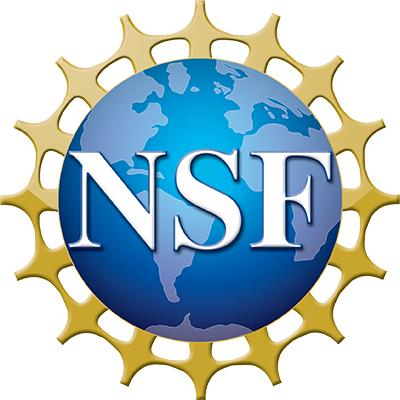 Any opinions, findings and conclusions or recommendations expressed in this material are those of the author(s) and do not necessarily reflect the views of the National Science Foundation.
SOCIAL: